September 20, 2017
A while ago, back at the beginning of Summer an odd thing happened to me. 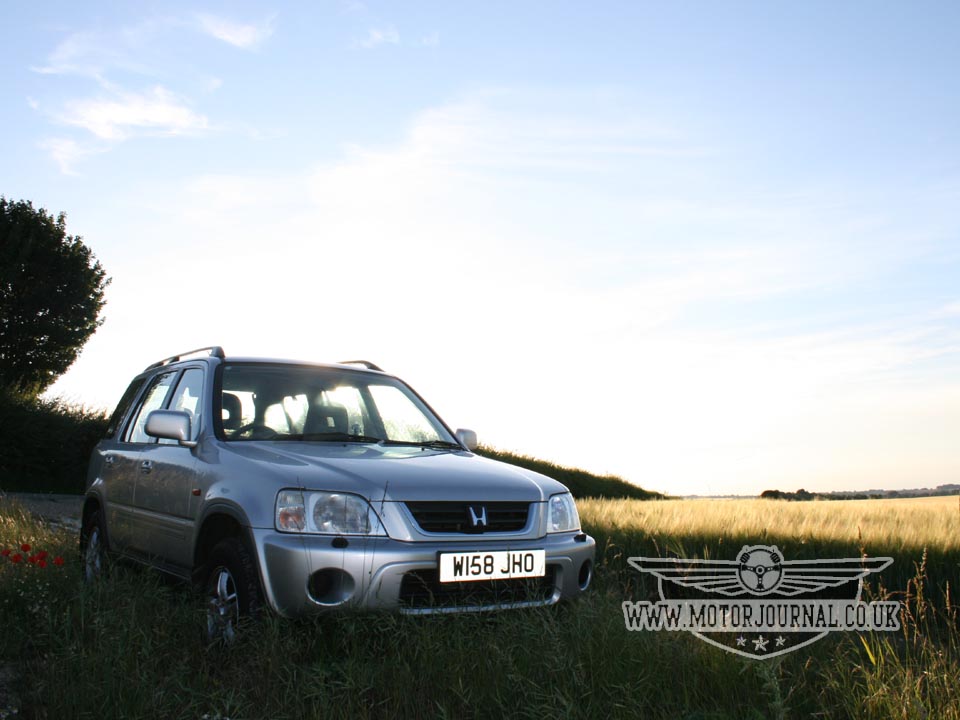 I logged on to ebay (nothing odd there) and had a very irrate email from a man (again, not really that odd). The email pretty much said, when are you coming to collect your car? Well, that was the gist of it, except it was perhaps phrased in a stronger type of language. I sat there and thought to myself, What car? What is this fool babbling on about, I am trying to lessen the fleet, not add to it. He must have this wrong, I've not bought anything in ages, must be a mistake. I sat there and then thought to myself that perhaps I'd better just check my purchase history, just incase I've been sleep buying or something... 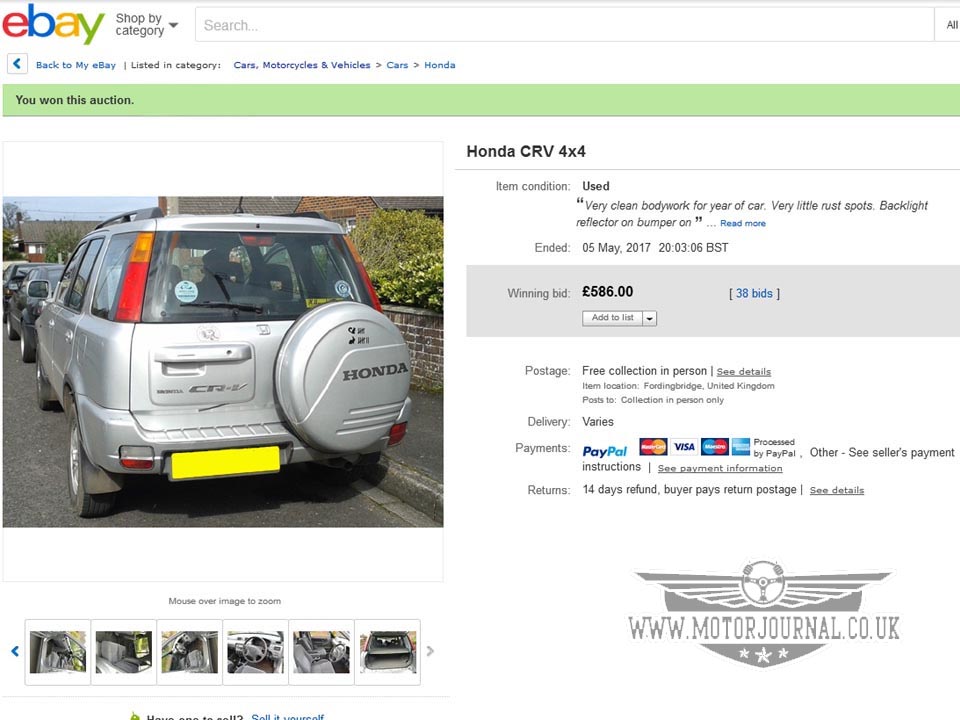 Hmm, oh dear, it looks like I've won a Honda CR-V... I wonder why I would've done that to myself I thought. At 48, am I even old enough to own a car like this? I yelled to Mrs Clint who was busy in the kitchen doing womans work! I said, do you know anything about a Honda CR-V? She yelled back, Have we won it? I said, er, well I dunno about we, but I certainly have, I'm presuming that you put the bid in? Yeah, she replied, I put the bid in a couple of days ago, but I heard nothing back so I figured that I didn't win it. I said, you didn't, you bid on my account, I'VE WON IT, is this some sort of punishment for something? YEAH, came the reply... Hmm, I wonder what I've done (or not done for that matter!) In the end, after wracking my brain for about five minutes I had to ask what I had done. I really had no clue! So I yelled out, so what did I do? YOU MEAN YOU DON'T KNOW!!? Bellowed Mrs Clint. Hmm, by the volume of that, I reckon it must've been pretty big, I really couldn't think... Time ticked slowly by, and in the end I had to admit that I knew not of what I was accused of doing. So I said, nope, sorry, I've got no idea? Was it big? WAS IS BIG? Boomed the reply, yeah, kinda!! You remember about 18 months ago? (I struggle to remember 18 minutes ago!) Umm, maybe I said sheepishly, still trying hard to think what I'd done, who I'd talked to, what I may have bought. She went on, When that guy came to look at the Citroën XM you were selling. Oh yes, I replied. Mrs Clint went on, what happened? Well, I said, as I remember it, he was more interested in the Rav4, and he ended up buying that instead. There was a brief pause, while Mrs Clint filled her lungs with air to yell back to me, NOT THE RAV4, MY RAV4!!! Oh I see, I replied. Then she carried on, So I thought that a year and a half after you said you were going to buy me a replacement for it, I figured that it was about time... And now you have, Thanks!! When can we go and get it? I dunno I said, I'll have to try and find my Tartan blanket and carpet slippers first, but we ain't going anywhere until I get my dinner, so GET BACK IN THAT KITCHEN WOMAN!! I bellowed back! Dinner eventually came, and I think Mrs Clint had probably put just the right amount of arsenic in mine to give it that little kick! Delicious! After dinner I rang the owner of the CR-V, and apologised for not contacting him sooner, then asked if it was ok to come down straight away to collect it. He said that would be fine. I got my carpet slippers on, and jumped into the truck. He was pretty pleasant once I'd handed over the funds, and done the paperwork, so before long we were heading home again, with "our" new toy. 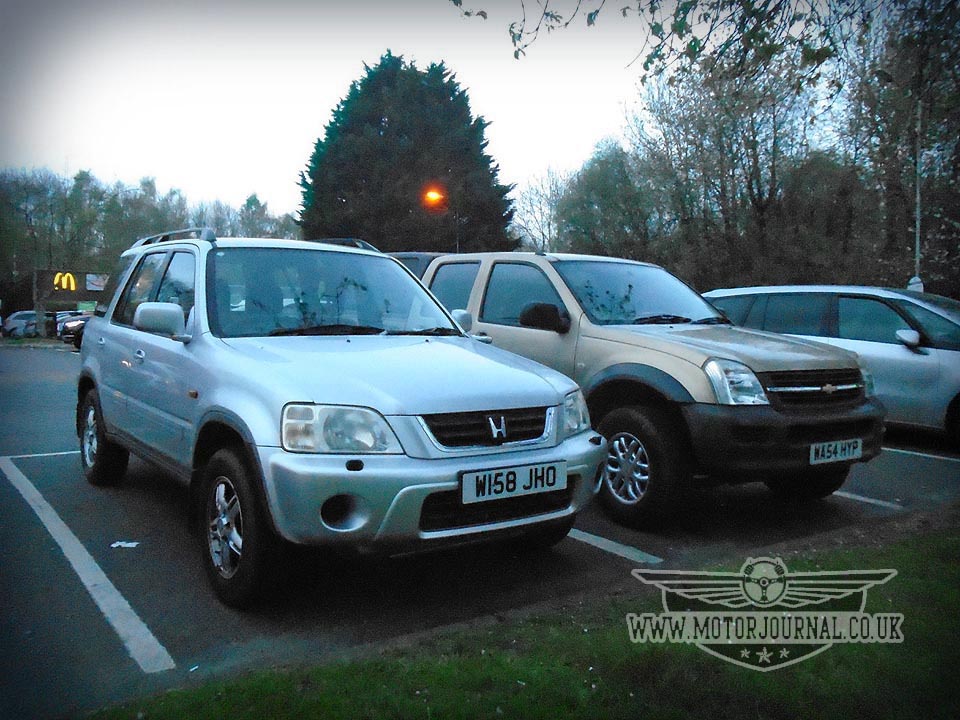 I say "our" in quotation marks like that because once home I decided that I would take it for a bit of a spin myself to see what it was like. When I suggested that I drive it, it was made pretty clear that it was only "our" car while I was buying it, and now that it is home, it belongs to her! She has set out some rules, and they are as follows...

I am not allowed to:-

I am however allowed to:-

Yipeee... Lucky me! However, it would seems that I can actually drive the CR-V, if, and only if Mrs Clint is with me! So I have had a quick go. First impressions? Pretty much what I thought when I saw that "we" had won the CR-V. This is a car designed for the elderly! It's the 'Old'mobile. It's biggest failing in my opinion is this though, it's just OK, It doesn't do anything badly, and it's pretty inoffensive, but similarly it doesn't do anything particularly well, or shine in any areas, it's just OK, and it's OK at everything. This is the worst thing a car can be in my opinion, it feels soul less, and without any personality at all, there's nothing to hate about it, but there's nothing to love about it either, it's just... OK. 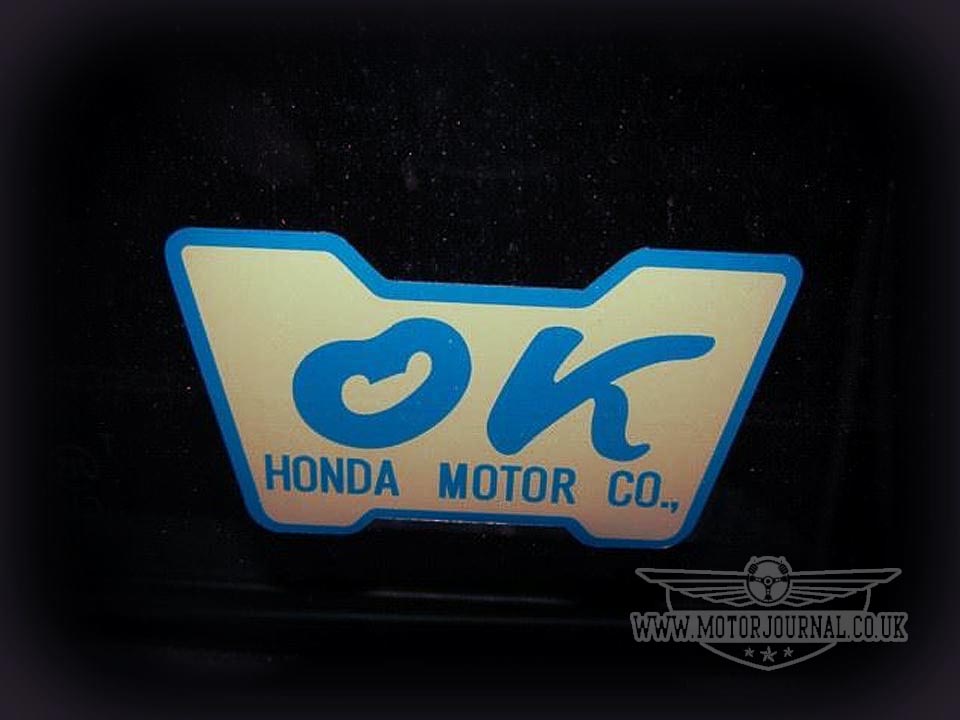 Yup, does exactly what it says on the tin... Like the sticker says on the window, it's OK... To be fair since selling her Rav4 I had been toying with getting her another car of her own. Mainly because she's been driving about in my cars, mostly the Mustang... It is actually quite nice now that she's got her own car again, mostly because it's nice to be able once again to jump into my car and not be greated by this every time I get behind the wheel. 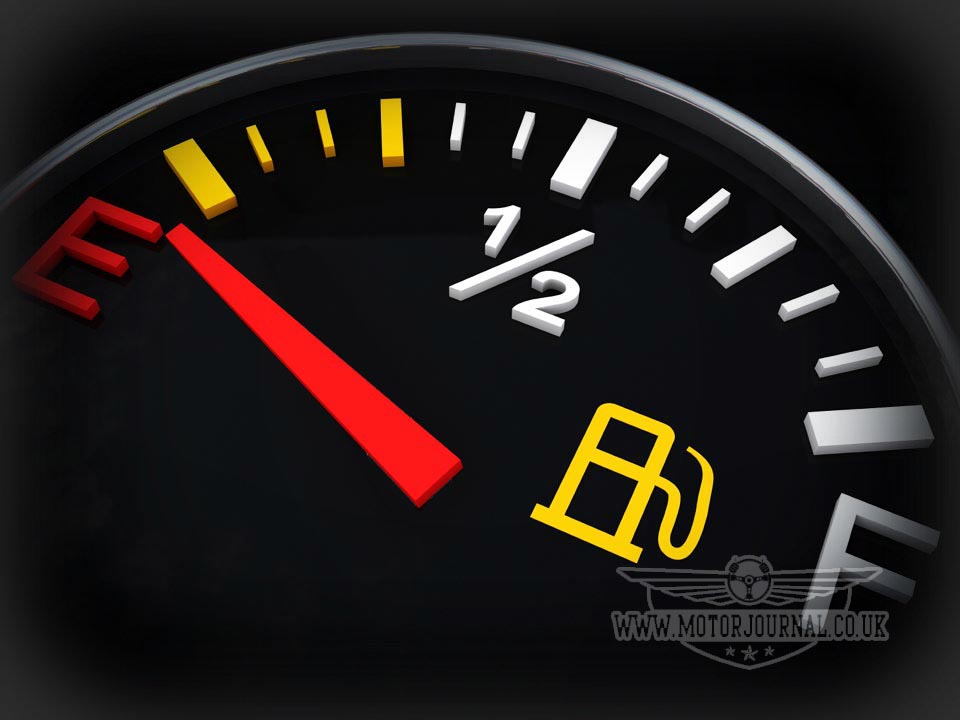 She's got quite a talent, she can get it so the gauge doesn't even register. So that the first thing I have to do is drive to the petrol station! Apparently filling the car with fuel (and paying for it) is mans work! Obviously at some point soon I shall take it for a little spin-a-rooney solo to see what it's like properly, (probably after putting petrol into the thing!) But I shall report back once I have completed my mission... Well, that is unless Mrs Clint finds out I've been driving her new car that is. If you don't hear from me for a while, I'll probably be under the patio!