September 12, 2017
I've got to say that I may have spoken too soon about the old Talbot Alpine going very well. With the sills repaired and painted I thought that I would take the Talbot out for a bit of a spin, as I felt like I'd not been out in it for a long time! 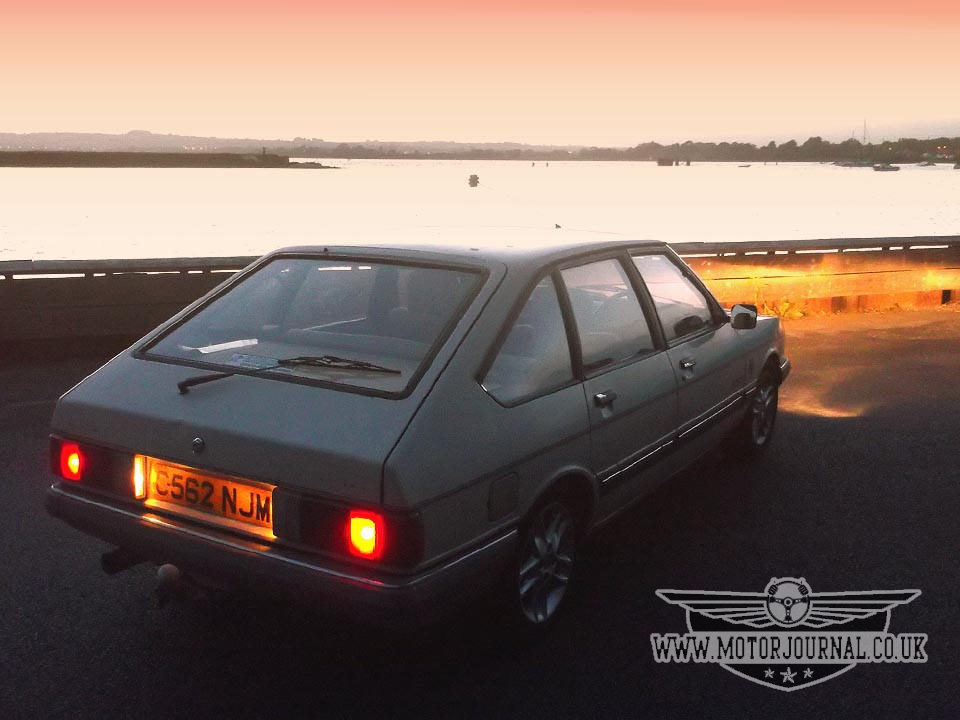 After I had been driving for a short while when I thought I could smell the distinctive oudor of petrol, just a little at first, but then, all of a sudden, quite a lot! I decided to stop and have a look. I got out, and saw to my horror, that petrol was not dripping out, but pouring out from the front of the car. I turned the engine off at this point, because as cold as I was, I didn't really want the source of the heat that was keeping me warm to be my car on fire by the side of the road! 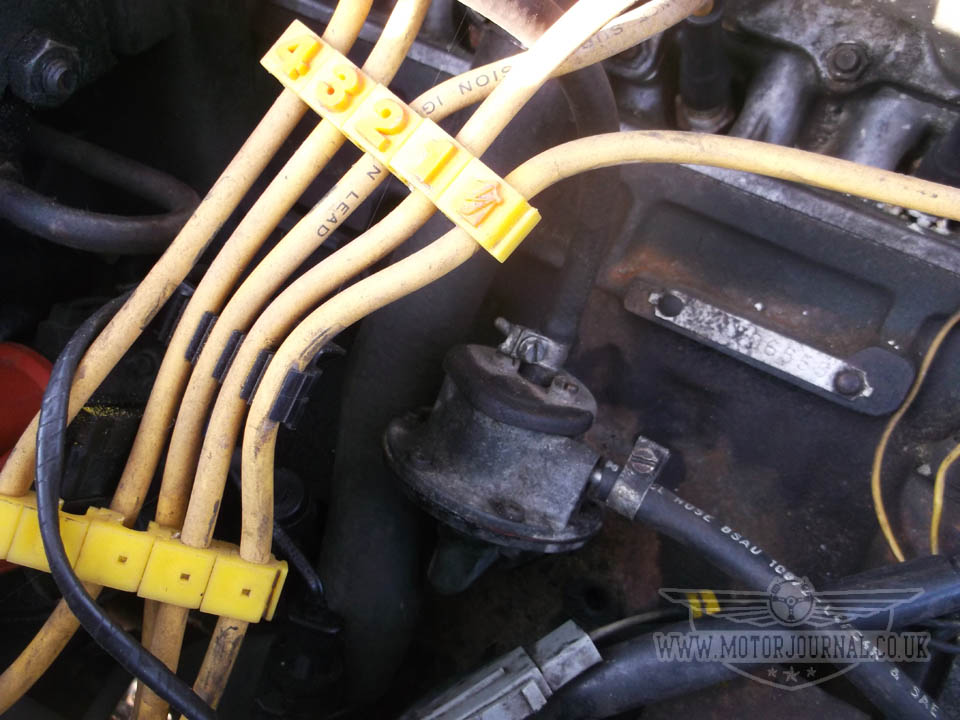 I parked up, and as I hadn't left  town I wandered off home to collect my pick up, and also my brother to tow the Alpine home for me. As you may remember, it's always a laugh when my brother is involved in the towing of any of my cars, as farcebook gets littered with images of my car being towed. This time however was different. After the last time he broke down in his Porsche 944, and I did it to him, he didn't seem to want to play his photobombing farcebook with images of me broken down game anymore, which suited me just fine! So we hooked the Alpine to my Ranger, and towed it home. Once home we had a good look at where the petrol was coming from, and pretty soon diagnosed that the fuel pump was knackered (that's a technical term!), and it was just pouring straight out of it as soon as you tried to start it up. I jumped straight on t'internet, and tracked down a new fuel pump which arrived at BelongaClint just a few days later. 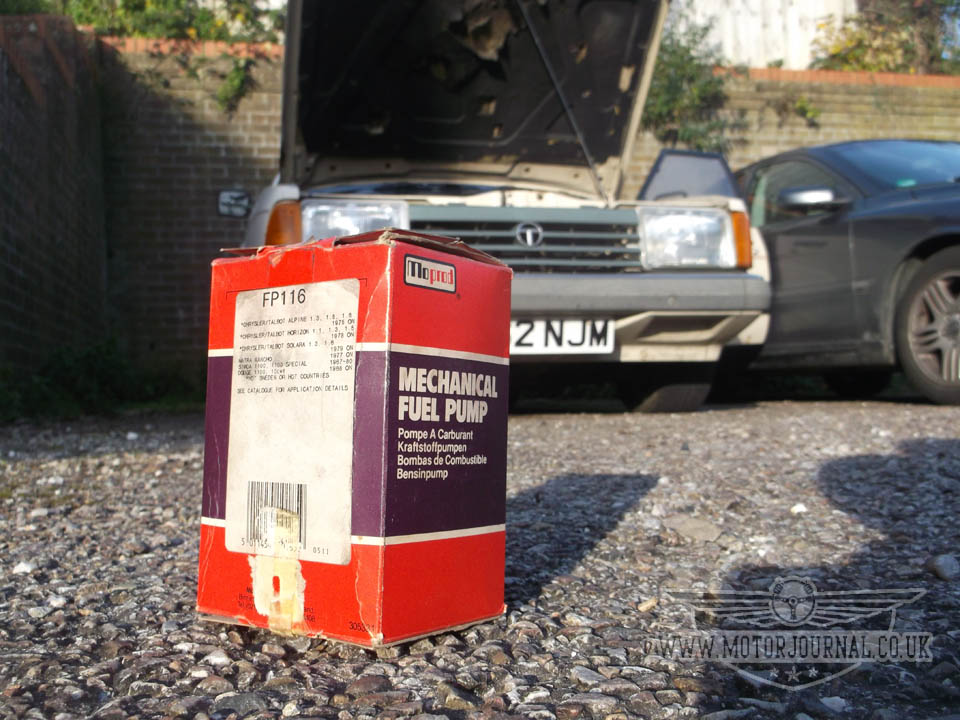 Happy days, I was assured by the ebay seller that this was the pump I was looking for, and for just £20 my troubles would be over! My feeling was that by mid afternoon, I'd be back out cruising in the Alpine! 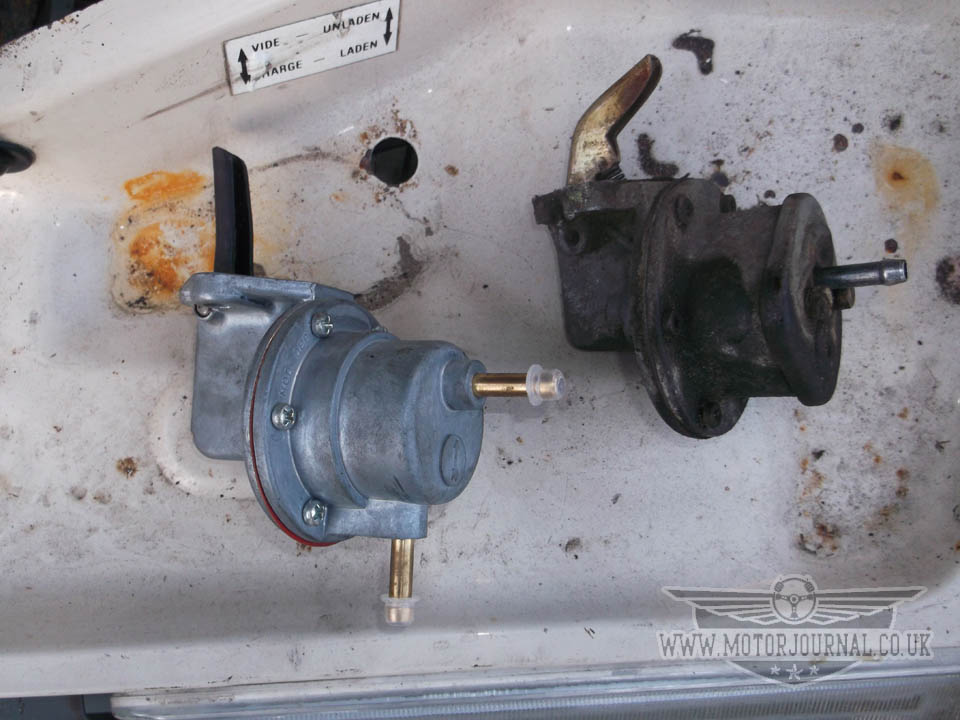 Hmm, spot the difference! Despite being assured by the ebay seller that this was the pump I was looking for, it wasn't, and annoyingly it was going to cost me to send it back to him, so I've still got it. To be fair to the seller, it does say on the box that it is for Talbot Alpines etc, except for the Alpines sold in hot countries, or Sweden! So if you're after a fuel pump, part number FP116 for your Apine, Solara, Horizon, or Rancho, then let me know, £20 and it's yours! Not being able to fix the mighty Alpine right away was a bit of a bummer for me as I was now itching to get out there and drive it again. So the following day, desperate to take the Alpine out for a spin I went to my local motorfactors to see if they could help me out with my fuel pump problem. Five minutes later, and for just £31 I picked up this little beauty... 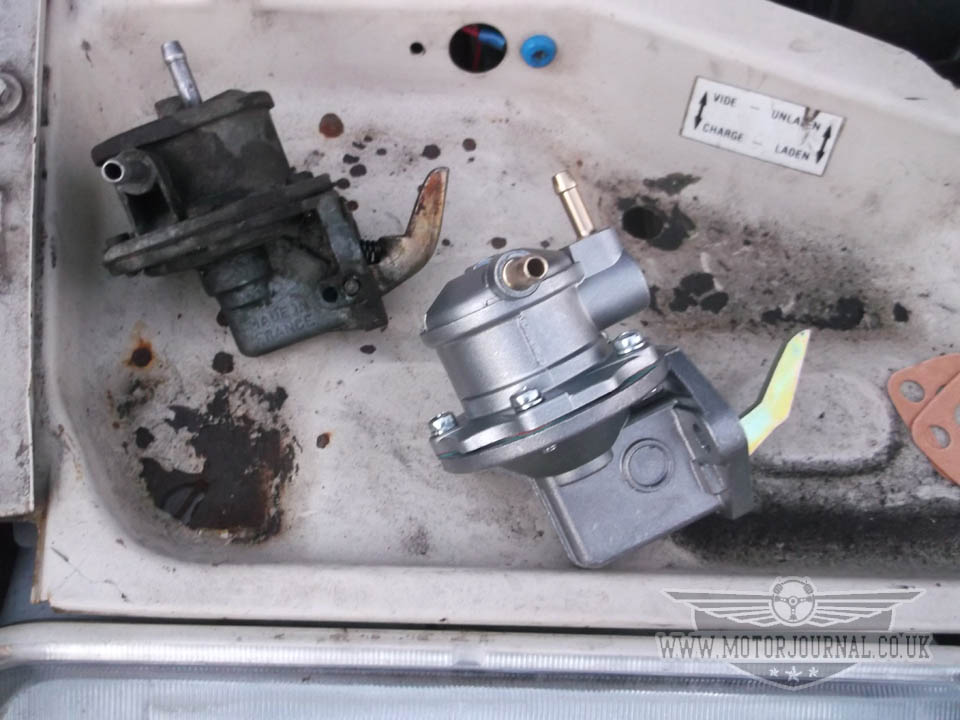 I've got to admit, thats a far closer match, and, although by the time I got back home it was starting to get dark, I soon had it fitted! Although doing it by torchlight in the dark and the cold wasn't as much fun as I had thought! 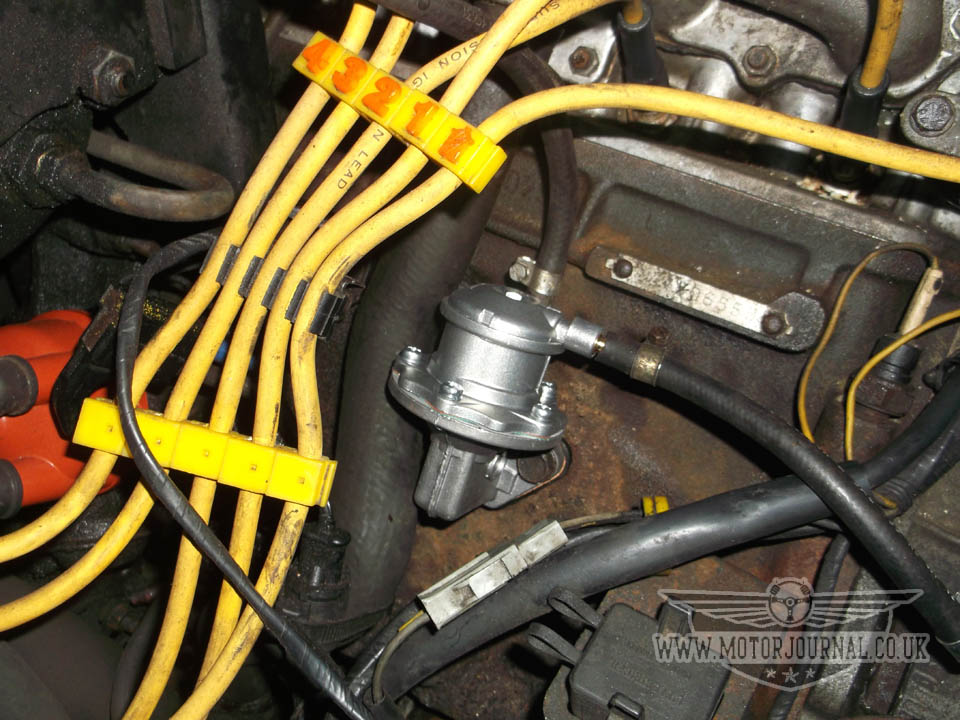 With it all back together, and after I'd checked everything was tight, I jumped in, and popped the key in the ignition. Pretty soon the Alpine spluttered into life, and I set off for a 40 odd mile joy ride, y'know, just to make sure everything was working OK! 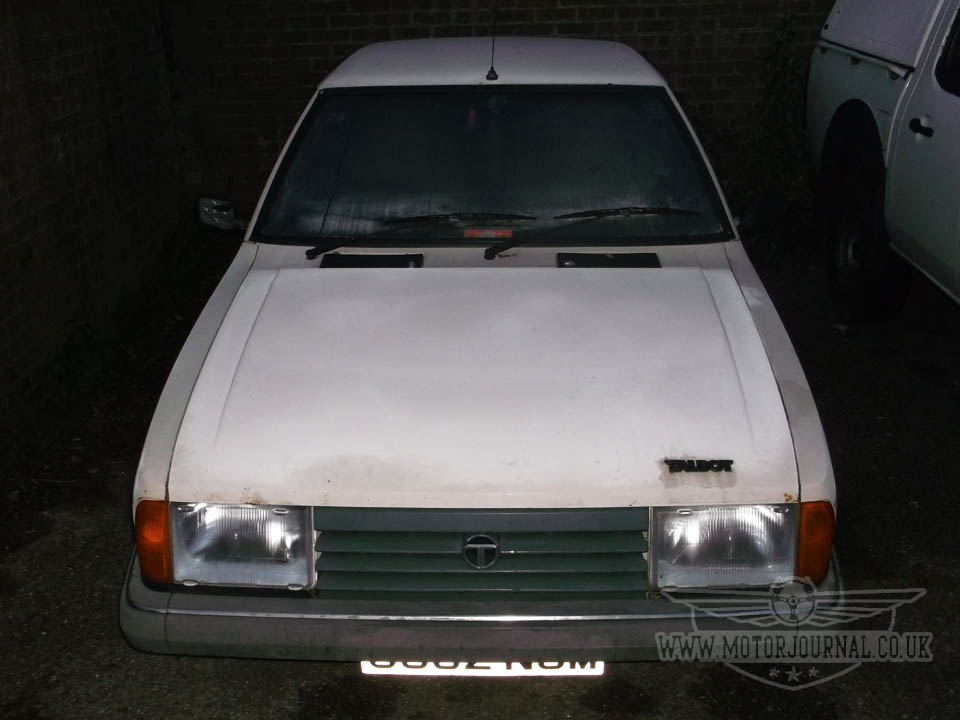 As luck would have it everything was OK, and after about an hour of driving around with no particular place to go I was back home, thawing out in my lounge with a nice cup of tea and a couple of Mrs Clints home made pies.